Blog - Latest News
You are here: Home1 / Donor Stories2 / A Hard Worker with a Helping Hand: Introducing the Shearouse Scholarsh... 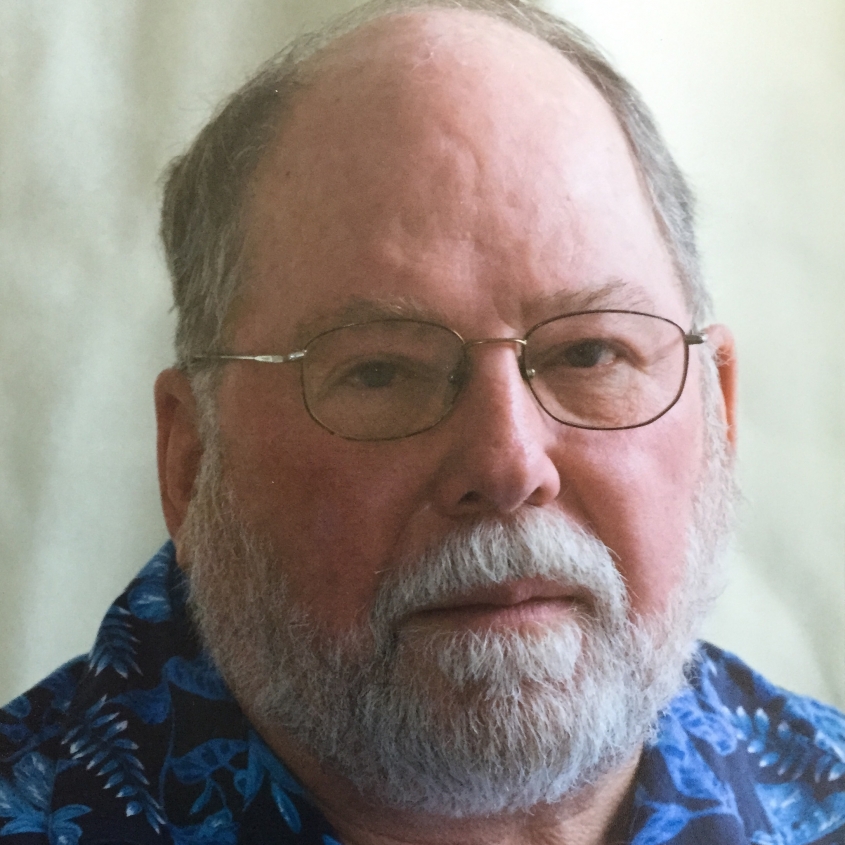 Master Chief of the U.S. Naval Submarine Service. Recipient of the Navy Achievement Medal. Head of the Dare County Fleet Maintenance Department. Boss of his own yard maintenance company. These are just a few of the titles Howell Revier Shearouse, Jr. held in his lifetime.

Put plain and simple: the man was a hard worker.

Born in 1939 in Savannah, Georgia, Shearouse graduated from Martha Berry High School in Rome, Georgia before enlisting in the Naval Submarine Service.

Joining the military was more than a career choice for Shearouse — it was a necessity.

“He lost his father at a young age and joined the Navy to help save the family farm,” Shearouse’s son Chip said. “He was sending money back to the farm to help take care of his mom and sisters.”

In addition to earning money, the Navy gave Shearouse something he would hold cherish for the rest of his life: an education.

“He got his degree on the submarines,” Chip said. “They had professors that traveled with them and taught them their classes. Education was just a really big deal to my dad. He said it was ‘something they couldn’t take away from him.’ ”

Throughout his time in the military, Shearouse lived in a handful of towns up and down the East Coast before settling in Kill Devil Hills in the mid-1980s. Once here, he worked for the Dare County Fleet Maintenance Department and started his own yard maintenance company.

“Even when he wasn’t working, my dad was always piddling with something,” Chip said. “When anybody’s vehicle broke or anything broke, he was the first person called. He would drop everything to go help anyone, my friends, his friends, anyone.”

When he wasn’t working or helping someone out, Shearouse enjoyed a variety of activities — sailing, gardening, playing music with friends, riding his motorcycle, and more. Chip said that although his mother convinced his father to move to the beach in the 80s, “it was the people and the water that kept him here.”

And just before his death in February 2016, Shearouse looked to the Outer Banks Community Foundation to establish a scholarship that would help the very community he had grown to love over the years.

In May 2019, the Howell Revier Shearouse, Jr. Scholarship was awarded for the first time to First Flight High School senior Hannah Ellington. To qualify for the $20,000 four-year scholarship, applicants had to demonstrate financial need, plan to attend a public college, university, or technical school in North Carolina, maintain a minimum 2.63 GPA, and either participate in volunteer work or hold a part-time job.

“Work was very, very important to my dad. He wouldn’t want anyone who was lazy to get the scholarship,” Chip said with a laugh. “He always made sure if I wanted something, I was working for it. He was good to all of us, but if we didn’t at least try, there was no helping us.”

Luckily, Ellington is no stranger to hard work.

The straight-A student graduated high school with a 4.38 GPA, all while balancing advanced classes, multiple extracurricular activities, and a part-time job as a hostess at Kill Devil Grill.

“Balancing all of my extracurriculars was a struggle at some points, but coming out on the other side and looking back on all that I have achieved, all the late nights, stress, and tears were worth it,” Ellington said.

One of her many extracurriculars was serving as the co-editor-in-chief of Nighthawk News Magazine, First Flight High School’s award-winning, student-run news magazine. In February, she was named an alternate for the 2019 Rachel Rivers-Coffey North Carolina High School Journalist of the Year, an awarded that included a $1,000 scholarship.

Ellington will attend North Carolina State University this fall and plans to major in zoology and minor in journalism. She will also be working throughout school, one of the requirements for the Shearouse scholarship.

“My dad would be really pleased that Hannah received his scholarship: there’s absolutely no doubt in my mind,” Chip said. “She’s awesome, and he’d be more than happy that she got it.”

Anyone who wishes to honor Howell Revier Shearouse, Jr. is invited to contribute to the Shearouse Scholarship Fund. Your gift to this permanent endowment will help hard-working students for generations to come. Go to www.obcf.org/donate, select “Other Fund,” and choose “Howell Revier Shearouse, Jr. Scholarship Fund” from the list of funds that appears. For more information on starting a scholarship of your own, click here.

Costa Joins Board of NC Network of Grantmakers
Scroll to top