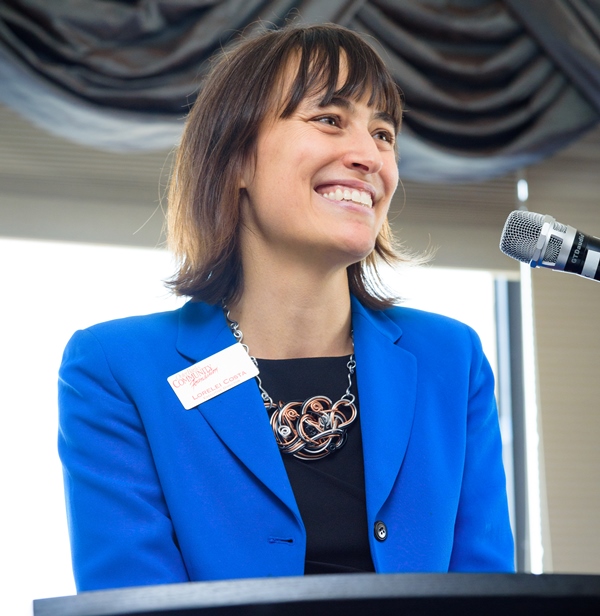 During Lorelei’s tenure, the Outer Banks Community Foundation nearly tripled in size, in both its annual grant-making and in its endowment. Most recently, Lorelei led significant relief efforts in the Outer Banks during the COVID pandemic, helping hundreds of families with childcare and educational needs during remote learning, and in 2019 after Hurricane Dorian, raising over $1.5 million in the weeks after the storm, rebuilding hundreds of households across Ocracoke and Hatteras.

“Lorelei has left an indelible legacy,” said Clark. “She leaves the Outer Banks Community Foundation poised to create more positive change for people and places on our beloved Outer Banks than at any time in our 39-year history.”

“I can hardly begin to express how blessed I feel to have served the Community Foundation over the past eight years,” said Lorelei. “Although my new position is an amazing opportunity for my career and my family, I am so grateful for every day that I’ve worked with the Foundation.”

The Suffolk Center for the Cultural Arts is the premier visual and performing arts venue for Suffolk. Located in the restored Suffolk High School in the heart of downtown, it boasts a theater, art galleries, and classrooms, housing both world-class and community-based art. Lorelei will be filling the shoes of Susan Babiy Lawrence, who was hired as the Suffolk Center’s first employee in 2001 and is retiring from the Center after serving as Executive Director and CEO since 2018.

“We are very grateful to Bob Muller for stepping in as Interim Executive Director while a search is underway,” continued Clark. “Bob’s experience with our Community Foundation spans more than a

decade and includes involvement at many levels. He was instrumental in our efforts after Hurricane Dorian, and understands a great deal of our Community Foundation’s operations. We are fortunate to have his guidance as we transition to new leadership.”

Developmental Associates of Chapel Hill has been retained to lead the search for the Community Foundation’s next Executive Director. Developmental Associates has been providing talent identification, talent development, and management consulting services for over 20 years. The search firm will work with the Community Foundation’s internal search committee, comprised of board, staff, and organization stakeholders. The search committee will be led by Board member David Shufflebarger.