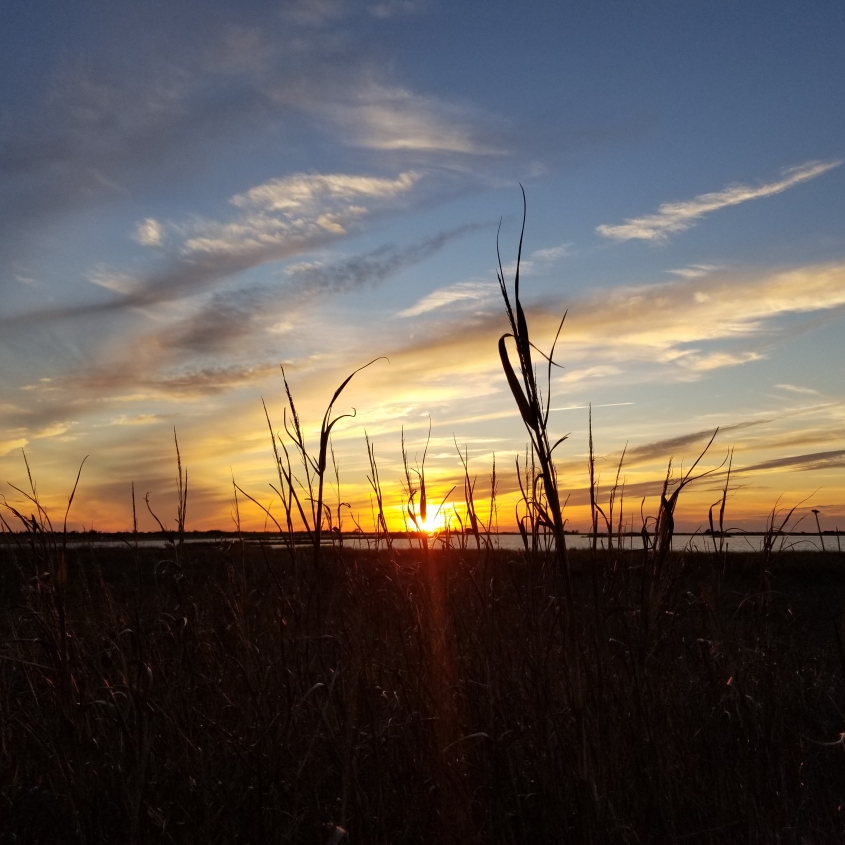 In 1984, after having been asked repeatedly to explain the concept of the community foundation, I finally put down in writing my own description:

The Outer Banks Community Foundation was organized locally in 1982 to provide a method by which a large number of individuals and businesses can join together in establishing a permanent and constantly-growing endowment fund, with annual earnings used to address both current and long-range needs in the Outer Banks area.

Its sole concern is in maintaining and improving the quality of life…its flexibility provides the Community Foundation with a unique ability to respond quickly to the ever-changing needs of the Outer Banks community, and to employ both conventional and innovative methods in addressing such needs.

It enjoys a favored position under the provisions of the Treasury Regulations and IRS code, thus extending to all donors the maximum possible tax advantage.

It supplements and often supports the activities of many conventional charities, while offering the individual donor the opportunity—with a single contribution—to assist a variety of local charitable programs and projects.

It belongs to the people of the Outer Banks, both native and adopted. Through its designation as a public charity, it is operated in the public interest, prepared at all times to address the most pressing educational, social, health, cultural, and environmental needs of the Outer Banks.

It is a potential funding source for all benevolent uses; a pooling of the excess resources of hundreds of individuals who share a love and concern for the unique Outer Banks; and a private effort to address public problems in a trying era when funds from public sources are in increasingly short supply.

It is, finally, a way that any of us, and all of us, can put something back.

My first awareness of the existence of community foundations came in early 1980 when I read in The Daily Advance that an organization called The Elizabeth City Foundation had made several sizable grants designed to address area needs, especially in the Camden County schools. Attorney Dewey Wells, a personal friend who had done some legal work for me, was listed in the news story as the Executive Director of the Elizabeth City Foundation, so I contacted him for information.

Initially, Dewey sent me a couple of brochures. Later I got more information from him in personal conversations, and from a speech he had made entitled: “More Than You May Have Wanted to Know About Community Foundations.” Despite the title of Dewey’s speech, it provided me with only a fraction of what I wanted to know about community foundations, so I later made contact with the Council on Foundations in Washington and purchased their voluminous two-volume Handbook on Community Foundations. For two years after making that first contact with (Elizabeth City Foundation Founder) Dewey Wells, I put aside any thoughts of proceeding with the organization of a community foundation on the Outer Banks. Then, on June 8, 1982, Andy Griffith came up to my home in Southern Shores for the specific purpose of putting on tape the answer to a question I had asked earlier, “Why does a nationally known actor, still active in a career that calls for him to spend most of his time in Hollywood, California, consider Roanoke Island, North Carolina, his home?”

Andy and I taped a couple of hours in general discussion, much of it about his boyhood, his involvement with the Carolina Playmakers at Chapel Hill, his bit parts in The Lost Colony, and his growing love for the Outer Banks and its people, whom he credited with providing the needed encouragement to-embark on his acting career. “Sometime,” he told me after the taped session was terminated by a failure of the recorder (which neither of us could fathom), “I’d like to find some way to pay them back.”

We were sitting across from each other at the circular table in my study, and my immediate response was that I shared his desire, and I knew how to accomplish it. I then spent a couple of minutes explaining to him, in essentially the following words, the concept of the community foundation:

“Throughout the country there are thousands of wealthy individuals or families who have established private foundations. We have more than our share of them in North Carolina, with prominent names such as Duke, Reynolds, and Hanes. But in those communities where there is no wealthy individual or family, a community foundation can accomplish the same charitable purpose when a large number of people band together, each making a modest contribution, with the result that the aggregate then becomes meaningful.”

Andy’s response was immediate, and enthusiastic. “Let’s go with it,” he said. And by the time he left ten minutes or so later we decided that the first step would be to run the idea past a couple of astute businessmen before involving anyone else. It was easy to agree on two businessmen-Eddie L. Greene and George Crocker-and we decided to set up a meeting with them for the next week, but without telling them what we wanted to discuss with them. The Outer Banks Community Foundation was on the way. 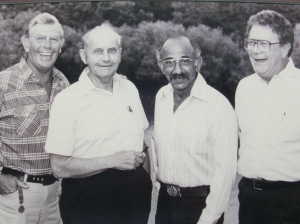 The following words are excerpted from David Stick’s opening statements at the Community Foundation’s first Board of Directors meeting, on November 16, 1982:

“Those of us fortunate enough to have been born on the Outer Banks, and others who have chosen to live out ·their lives here, share equally in our love for this unique area. We share an appreciation for the informality and openness, the history and lore, the raw and ever-changing beauty of the sea and sounds and storms and sunsets.

Life has been made better—more satisfying and rewarding—by virtue of our close kinship with this many-faceted expanse of windswept coast with its shrouded forests and its broad plains of marsh-grass wafting in the gentle breezes. Yet, in recent years especially, we have viewed with mixed emotions the dramatic changes taking place, welcoming the new aura of affluence and progress, while at the same time becoming increasingly concerned about the inroads that threaten the charm and appeal of the Outer Banks. We have begun to wonder with gnawing fear and trepidation, just what the generations of the future will find here, after we are gone.

Now finally, there is a way each of us can participate actively and permanently in shaping the future of the Banks, even after our departure. It is our way, individually and personally, of repaying our beloved Outer Banks for the wonders and contentment it has given us.”

The basic premise behind the Outer Banks Community Foundation is quite simple. There should be available in our immediate coastal area a sizable reserve fund from which grants would be made annually for local needs not ordinarily within the province of government, religious institutions or charitable organizations.

The grants would be administered by a board of able and respected local individuals. Primary funding would come from voluntary bequests by residents and friends of the Outer Banks. Normally sizable funds would not pass to the Foundation until after the death of each participant, though some individuals with excess assets might choose to make partial transfers earlier.

Unless otherwise specified, only earnings would be distributed each year. The fund would continue to grow, however, as assets increase in value and as additional individuals make bequests. It would thus be both a self-perpetuating and an expanding source for grant funds.

Each participant would determine whether the earnings from his or her assets would be distributed at the discretion of the administrative board, or designated for specific purposes. The scope of such potential uses is almost limitless, ranging from the more conventional—scholarships, purchasing books for the library, improving recreational facilities for the youth and elderly or assisting established charitable organizations—to the more imaginative, such as fisheries research, aiding individuals made destitute by fire or natural disaster, or upgrading the environment.

People of modest means, as well as the more affluent, can share equally in the program, designating a limited share of their assets for the Foundation without adversely affecting the needs of their heirs. You can join now in this local effort to provide for the future needs of our beloved Outer Banks.”

Generations have grown up since our Community Foundation began in 1982. Many of its founders and initial funders are no longer with us, but their legacies live on, and their gifts, made years ago, are still supporting the causes they were passionate about. Today’s Community Foundation staff and board of directors stand on the shoulders of David Stick, Martin Kellogg, Eddie Greene, Andy Griffith, Jack Adams, Ray White, and many others, who worked to get our Community Foundation off to its solid start. While they couldn’t foresee today’s issues, they realized the power behind collective philanthropy and they had faith and conviction in the community foundation model. We are forever grateful for their visionary thinking and dedicated efforts over many years. Their work, which continues today, ensures the Community Foundation will always be part of what makes our Outer Banks so wonderful, generations into the future.