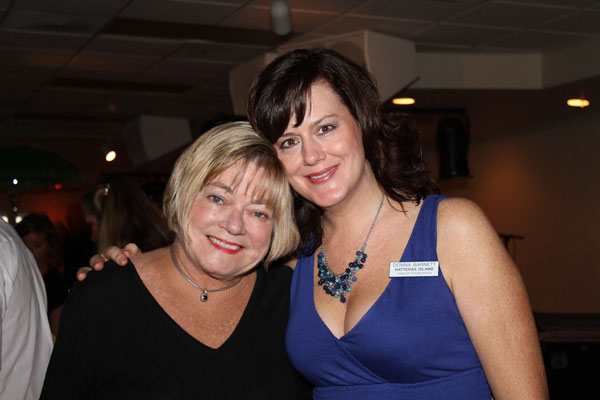 Irene Nolan was a force for good for nearly two decades on our Outer Banks. She was an accomplished journalist and newspaper editor, an early board member for Hatteras Island Cancer Foundation, an enthusiastic volunteer for other causes, and a friend to many island residents.

“This has been a dream of mine since Irene’s untimely death in 2017,” said Barnett. “Irene was many things to me. A second mother, a mentor, a friend, and an icon. She was also a lot of things to this community, and was considered the voice of our islands. It was only fitting to start a scholarship in her name. I am so excited about this scholarship coming to fruition, and look forward to watching it grow and help more and more students through the coming years.”

“As one of many writers who were lucky to work with Irene at the Island Breeze and the Island Free Press, I can’t think of a better tribute to her legacy than to help the next wave of Outer Banks writers pursue their own love of journalism,” said Joy Crist, current editor of the Island Free Press. “Irene remains the soul and backbone of the IFP, and I’m beyond grateful to Donna and the Community Foundation for finding a beautiful way to shine a spotlight on an incredible journalist, editor, and friend.”

This fund, like most other Community Foundation scholarship funds, will offer up to four years of scholarship funding to each student recipient. In addition, the fund is endowed, meaning that the bulk of its assets will remain invested and only 5% of its earnings will be spent each year. In this way, the fund will be a perpetual source of scholarships for students from Hatteras and Ocracoke islands.

Anyone may contribute to the Irene Nolan Memorial Scholarship Fund by sending a check to the Community Foundation with the fund name in the memo line, or by making a contribution online at obcf.org/donate-now, and selecting the fund from the searchable funds list.

Looking Back at a Significant Year of Grant-Making