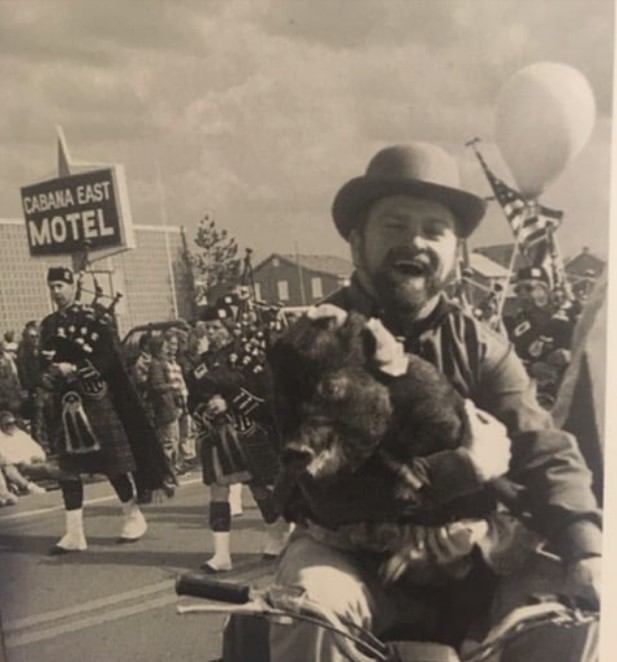 When Mike Kelly rolled onto the Outer Banks, by way of Elizabeth City, in his Ford Fairlane in 1970, the ‘Banks were mostly sand and the cottages relatively few. Still in college, he waited tables during the summer to cover school expenses for the year ahead. When he graduated in 1972, he moved here full-time, attracted by the long summers, laid back lifestyle, and lucrative (albeit seasonal) employment.

Fast-forward ten years: when the Community Foundation was started by David Stick and a core group in 1982, Mike wasn’t far behind. “My earliest recollection of learning about the Community Foundation came from conversations that happened at A Restaurant By George, where I was General Manager,” said Mike. “George (Crocker), David (Stick), Andy (Griffith), and others would hole up at an upstairs table and conceptualize and hash out details. I was intrigued and wanted to know more about what those guys were up to.”

When Mike became a restaurant owner in 1985, he knew that a key to his business success would be community involvement. He joined the Community Foundation’s Board of Directors in 1987; by 1990 he was its Board Chair. As his business and community involvement grew, he led efforts to create several major events to help local charities, including the Kelly Charity Golf Classic, the OBX Marathon, and the St. Patrick’s Day Parade. The proceeds of the Kelly Charity Golf Classic are used each year to grow the Kelly Family Fund, a donor-advised fund he established in 1994 at the Community Foundation.

“In the early days of the Community Foundation, there was plenty of local buy-in, and lots of small gifts, but we weren’t growing to the point where we were sustainable,” recalled Mike. “I decided to create a donor-advised fund, as a way of investing in our Community Foundation. I liked the fact that we could recommend grants and give money from the fund to local charities each year.”

Mike created the Kelly Annual Charity Golf Classic in 1994 with the help of his Penguin Isle business partner, Doug Tutwiler. The golf tournament was a big success, generating about $14,000 for the Kelly Family Fund in net proceeds each year.

Through the combined power of annual gifts to the fund and investing the principal, the Kelly Family Fund has grown, even while grants are being made each year. As of August, 2021, nearly $380,000 in grants have been awarded to charities like Outer Banks Hotline, Friends of Nags Head Woods, Dare County Youth Center, American Legion, Boy Scouts, Friends of Jockey’s Ridge, Manteo High School, Food For Thought, Outer Banks Family YMCA, Dare Education Foundation, GEM Adult Day Services, disaster relief, and much more. In all, nearly the Kelly Family Fund has awarded 275 grants since its inception in 1994. The best part of all? There is more in the fund now—$400,000—than at any other time in its history.

“I feel like the Kelly Family Fund is a great example of what can happen with the right income stream, the right financial team, and patience over a number of years,” said Mike. “I’m very pleased that we’ve been able to put back nearly $400,000 into the community since 1994, and that today there is more than $400,000 in the fund, an amount that will continue to grow, thanks to good management and investing.” Another feel-good for Mike? He’s been able to make philanthropy a family affair, by including his wife, Willo, and his daughters Elizabeth (with husband Ben) and Juliane in the grant recommendations process.

“David Stick would be overjoyed to know this fund’s history,” said Bob Muller, who served on the board with Mike. He said of the Community Foundation, “As Mr. Stick said, ‘It’s a way all of us can put something back.’”

If you would like to amplify your giving, and help create brighter futures on the Outer Banks, please contact us at 252-261-8839. We’d be honored to help you with your philanthropy.