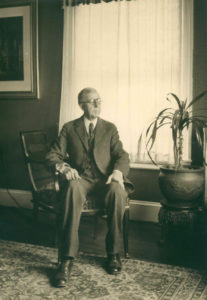 (updated in 2022) In May 2003, the Outer Banks Community Foundation received its largest donation ever — $1.6 million bequeathed to the organization via the will of a local woman, Ruth Jewell Kennedy Medgyes. The Community Foundation invested Ms. Medgyes’s extraordinary bequest into three separate permanent endowment funds for long-term growth and philanthropy.

While the principal of these endowment funds continues to grow, the earnings have already benefited the Outer Banks tremendously. The Milton A. Jewell Grant Fund has awarded $524,000 to organizations as diverse as the Lost Colony, the Outer Banks SPCA, Gentle Expert Memory Care (G.E.M.), and Hatteras Island Meals. The Milton A. Jewell Scholarship Fund has awarded $500,000 in scholarships, helping more than 100 local students attend college. In addition, a portion of Ms. Medgyes’s gift was used to establish an operating endowment for the Community Foundation.

Yet at the time of this wonderful gift, Ruth was unknown completely to the Community Foundation’s staff or board of directors.

After moving to the Outer Banks, Ruth led a frugal life. She had contact with some neighbors and a few others, but did not socialize much beyond that. Friends described her as a petite, unassuming, pleasant woman.

Ruth called on Jim Wood, a local bank trust officer, to help her invest and manage the money that she had saved for retirement. On one particular day, while working together to protect and stretch her dollars, Ruth informed Jim that she had inherited a large amount of money. She said that she would never be able to spend it all, so she wanted to give it away and she needed his help.

Wood was tasked with finding worthy organizations and individuals who needed financial help. Over the next few years, according to research done by the late David Stick, Wood said that $350,000 to $400,000 of the inheritance was donated by Ruth to various causes and individuals. She wanted no one to know of her inheritance or that she was the source of these monetary gifts.

Among the recipients were Outer Banks Hotline, the Outer Banks Community Foundation, the Kitty Hawk Police Department, and various individuals (such as a young woman who had to quit college so she could work to support herself and child following a divorce). According to Wood, the anonymous checks made it possible for the young woman to finish her education. A restaurant employee who fell on bad times was given several thousand dollars to help him get back on his feet. And there was the check for $25,000 to a hospital to pay a bill for a friend who could have never paid the debt.

Before her death in January 1997, Ruth wrote her will and in it, instructed that the Ruth K. Medgyes Charitable Remainder Unitrust be set up with certain assets of her estate. Initially, the trust provided for the care of a longtime friend until her death. When the friend died, 10 percent of the remaining funds were to go to Outer Banks Hotline and the remaining 90 percent to the Community Foundation to manage, invest and do mostly what it chose to do, as long as a portion of it provided college scholarships for Dare County students. The new Community Foundation fund was to be named after her grandfather, Milton A. Jewell.

In 2005, Stick attempted to write a biography of the donor based on information gleaned from those who knew her during the 20-odd years that she resided in Southern Shores. But Ruth was a private woman who shared little of her life story, leaving much to the imagination.

Using Stick’s work as a starting point and doing additional research, more is now known about the quiet philanthropist. As more facts have emerged, the picture has changed from the frugal woman who lived a modest, low-income life, to a picture of a person who — at least at times in her life — probably enjoyed a certain amount of privilege and class.

Ruth Jewell Kennedy, born in 1909 in Portland, Maine to Frederick and Marian (aka Marion) Kennedy, was named after an older sister who died within a few days of birth in 1907.

The 1910 US Census records indicate that infant Ruth, her parents and a maid lived together in Portland, but the 1920 Census placed the small family in the home of the grandparents — Milton and Hannah Jewell — who also had a live-in maid.

Ruth attended schools in Portland and graduated from high school in 1927. Before entering Vassar College that fall, she visited Paris, perhaps as a graduation present.

Coincidently, that same year, artist and designer Ladislas Medgyes — the man destined to become her husband 25 years later — was operating a theater set design school in Paris. Later that fall, he was a lecturer at Vassar where she was then a freshman. The records don’t reveal whether Ruth and Medgyes met on either of those occasions.

Graduating from the prestigious women’s college in 1930, Ruth then enrolled in Columbia University where she earned a degree in library science.

The 1930 Census lists her mother as living with the grandparents, but Ruth and her father were no longer in the household. Some records indicate that Frederick Kennedy died about a decade later in California.

Her life remains a mystery after her graduation from Columbia, until 1940, when the federal census listed her as divorced and living in a hotel for women in New York City. Single women often lived in such accommodations at that time due to financial constraints brought on by the Great Depression.

According to her obituary, she performed editorial work for the American Institute of Banking, probably in the 1940s.

Her obituary also stated that she was the manager of the Pierce-Collier Travel Agency in New York City. The agency formed in 1950, and passenger records show that Ruth took a cruise in August of that same year. Travel agents frequently received deeply discounted rates in exchange for promoting specific passenger liners.

According to Stick’s report, Ruth said that she met Medgyes on a cruise in 1951 and that it was ‘love at first sight.’ By the time they reached port, they were engaged, but she said that he died on their wedding night. “I was robbed,” she is quoted as saying about the man she described as the love of her life.

Her late husband’s life also seems hidden in the shadows. Records indicate that after he arrived in the United States in 1927, Medgyes began calling New York City home. With the economic downturn in Europe and given the fact he was a Hungarian Jew, Medgyes might have felt safer in the US than in his homeland or elsewhere in Europe.

At the age of 49, in 1942, Medgyes registered for the US military draft. Four years later, he was registered for naturalization. As a contact person who would always know where he was, he listed the famous cosmetics mogul Helena Rubenstein.

Although his professional background was theater set design, he also was an artist and designed acrylic furniture for Rubenstein. His life via public records is sketchy but one critic of his work described him as being one of the happiest and most out-going people he had ever known.

Jewelry designer Gail Kowalski told Stick in an interview that Ruth had once asked for her help in selling a ring that was from the Russian Crown Jewels. Kowalski directed her to an appropriate auction house; the question of how Ruth came to own the ring is still unknown.

But while there is still an air of mystery surrounding Ruth’s life, one thing is undeniably true — she was a generous, caring person who both during and after her life helped many with both their burdens and their dreams.

Her bequest gift to the Outer Banks Community Foundation was certainly transformational; it grew the organization’s endowment by 30%. Those investments have resulted in more than one million in grants and scholarships to date, more than $100,000 in awards currently, and growing. The Medgyes gift will continue to grow, even as the sizes of annual awards increases. This is true of every bequest gift, because it is the story of the endowment. If you love the Outer Banks, and if you want to share some of the love you’ve been given during your time here, a bequest gift is one gift you can afford to make. Talk to your financial advisor or attorney, and get started today.