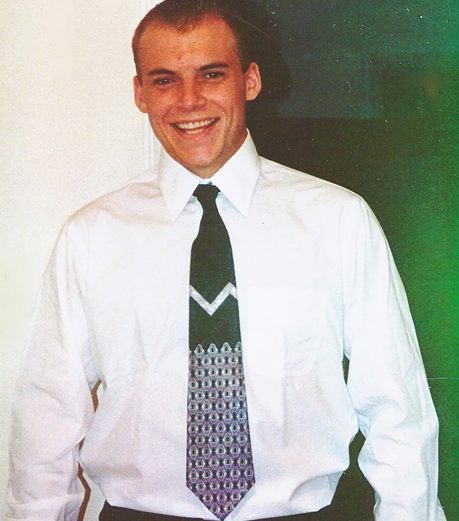 This article by José Valle first appeared in the October 3, 2016 issue of The Outer Banks Voice.

It’s a story heard all too often in our community. A young person from a caring family is fun-loving, friendly, and hard-working. But somehow, the young person begins to experiment with drugs, and begins to abuse.

That was the story of Martin Smith, who died of a cocaine and heroin overdose in March of 2005, at age 29. For Martin’s mother, Peggy Saporito, the most difficult part was dealing with the uncertainty.

“The fact that you had no idea if this was something that would continue for years, or if there was actual hope after treatment — that was the hardest part,” Saporito said. “People relapse, and they relapse many times before they finally decide to change.”

But after Martin’s death, Saporito found the strength to turn her grief into something positive. In September of 2005, Saporito started the Martin Smith Endowment Fund with the Outer Banks Community Foundation, using memorial contributions from family and friends. She set it up to support and sustain the Dare Coalition Against Substance Abuse (CASA) when it was a brand-new nonprofit.

“Similar situations like this are repeated over and over in thousands of homes. The characters and dialogue change, but all over the country, family and friends continue to discover that someone they live with, know, or have heard about is involved with substance abuse,” Saporito said.

“I developed the Martin Smith Memorial Endowment Fund with the Outer Banks Community Foundation to help CASA in their mission.”
The fund is one of the sources that helps Dare CASA continue its work of reducing and preventing substance abuse and addiction in Dare County. The organization provides substance abuse education, instruction for local physicians, and community resources for treatment referral.

“What is so cool about the Outer Banks is that we’ve only got about 35,000-year-round residents, yet we have a lot of stuff for as small of a community as we are,” Amber Bodner, Dare CASA’s program director, said. “Ten or fifteen years ago, there were not as many resources for drug education and treatment. I think we’ve come a long way in the last decade, but obviously, with the problems that we’re seeing, we need a lot more resources.”

“We operate on a small budget, and we’re always trying to get more funding to be able to do the work that we do,” Bodner said. “So we try to be very efficient and effective in how we use every single dollar. We need to know what the substances in Dare County are, who’s using what, and how we direct our messaging so we can have the best responsibility to our funders, and to the local people who support us.”

Donating is one way to help combat substance abuse, while also helping those who live on the Outer Banks.

“The Martin Smith Endowment Fund will help the community this year, next year, and all the years to come,” Lorelei Costa, executive director of the Community Foundation, said. “It’s hard and time-consuming for a nonprofit to raise operating funds. Perpetual endowments such as this one not only make it easy for organizations to receive these necessary funds, but help provide them with a reliable source of income for the future.”

And donating to the Martin Smith Endowment is now easier than ever before.

“Anybody can donate in any amount at any time,” Costa said. “People can go online to obcf.org/donate, they can mail in a check, they can call our office to make a credit card donation, they can donate gifts of stock, or they can make a more complex gift, like a gift of real estate or a bequest.”

Both Saporito and Bodner think the best thing for families dealing with addiction in any shape or form is realize that there is always hope and help. And they both hope to see the Martin Smith Endowment Fund grow to be able to help even more people in Dare County.

“We hit our 10-year mark last year, which was a huge deal for us. Federal funding is getting cut with myriads of programs, not only just here, but nationally,” Bodner said. “Every single dollar that comes in is for this community. So our hope is just that we can continue doing the work that we do and spreading our message and helping families.”
And in so doing, Dare CASA and the community will continue to remember Martin Smith, one of many who fell into the grip of addiction and passed away too soon.

“I want this fund to say more than just his name,” Saporito said. “It is for basically any Martin out there, the struggles that they’re going through and to hopefully help them find some sort of recovery for their future.”

Donate Today to Help Victims of Matthew
Scroll to top